Retire to New Zealand – there aren’t many better options.

By Patrick | Best Places to Retire

Retire to New Zealand to one of the most beautiful countries in the world. Multi cultural, healthy, sport loving, with temperate weather, little air pollution, a progressive vibe, and an average life expectancy two years higher than in the U.S. 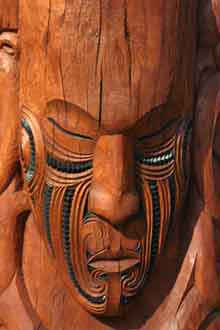 The country is about the same size as Italy, the United Kingdom or the U.S state of Colorado. Comprising two large islands, North Island and South Island. Together with several smaller ones of which Stewart Island is the largest and often referred to as ‘the third island’.

The 32km (20 mile) wide Cook Strait separates the North and South Islands. The Pacific Ocean lies to the north and east with the Tasman Sea between New Zealand and Australia.

New Zealand was voted one of the world’s healthiest places to live in a recent International Living survey.  Stress free and healthy could best describe the exceptional lifestyle of the population of just over 4 million.

There are two options to retire to New Zealand

New Zealand can provide both an exceptional lifestyle and investment opportunity if you’re looking to move. Progressive and First World small businesses are a very common feature of New Zealand.

You could apply for a visa under the retirement policy if you’re tempted by the leisurely retirement lifestyle and you have the funds to invest.

With capital to invest together with your experience, business expertise and international connections, there may be options for a visa under the Business Migration Categories which has two options: 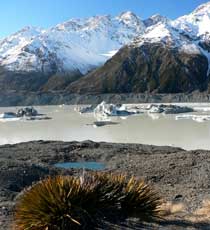 No matter where you live in New Zealand, you are probably less than an hour away from the ocean, and less than 4 hours from a ski slope. On the same day you can mountain bike, snowboard and surf!

However the most popular participation sports are not the hard core competitive ones, but walking and hiking.

Over a third of New Zealand is made up of protected parkland and marine reserves. These include a stunning variation of scenery, vegetation and geography. The temperate climate offers many opportunities to indulge an outdoor lifestyle.

Some of the worlds best trout fishing is reputed to be in  Zealand. There are approximately 400 golf-courses … per head more than any other country in the world!

The weather in New Zealand varies greatly throughout the country. Even though it’s such a small country it could be sunny and warm on the East Coast, and pouring with rain on the West Coast.  This is partly due to the chain of mountains running through the centre.

In winter, the average maximum temperature ranges between 10-15C (50-59F). The far north of New Zealand has an average temperature of 15C (59F), and is the warmest part of the country throughout the year. In summer it’s not unusual for the temperatures to be between the mid-20’s to low 30’sC (77-90F).

The cost of living would not put New Zealand into the cheap retirement destination category but rather a good value destination.  Property prices are reasonably cheap by world standards.

Medical costs are generally free or at least affordable.  Essential heath care is provided free to all residents under the public system. This means that while some routine services, such as visits to doctors and dentists have to be paid for, more costly services, such as hospital treatment are free for all residents.

The downsides to retiring to New Zealand are that it’s relatively difficult and expensive to get into the country and it’s a long haul from both Europe and the U.S.

In the most comprehensive migrant research (Longitudinal Immigration Study) ever done in New Zealand 7 000 immigrants were tracked over their first three years of residency. The results showed that most new residents were satisfied, well settled and recommending New Zealand to their friends and family overseas.

Retire to New Zealand a country where you’ll want for nothing and live out your years healthy and safe … a perfect home from home destination.

Best Places to Retire: Take a minute to discover yours